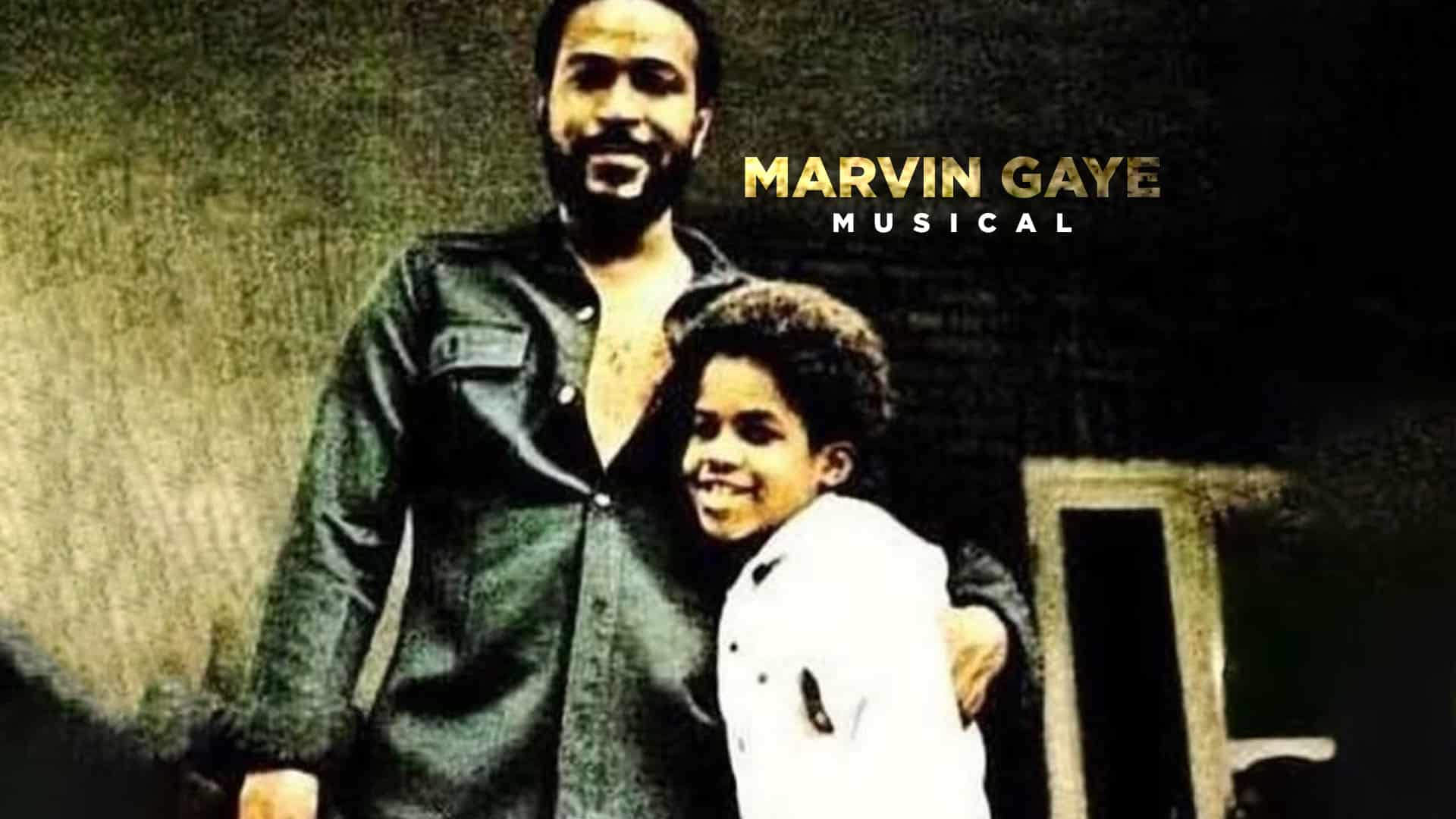 Los Angeles, CA – He was known to the world as the “Prince of Soul.” He was the musical genius with a social conscience whose crooning of classic hits such as “I Want You,” “Sexual Healing,” “What’s Going On?” and of course “Let’s Get It On” left an indelible mark on the soundtrack of American life everywhere and even the world.

Award-winning playwright and producer, Je’Caryous Johnson and the eldest son of the legendary music figure, Marvin Gaye III, are proud to announce that work has begun on the development of an all-new musical celebrating the life and times of Marvin Pentz Gaye, Jr. Through an unprecedented production partnership between Johnson and Gaye, audiences will get to know another side of the musical legend never seen before. With oversight and collaboration from Marvin Gaye III, audiences can expect an authentic and transparent behind-the-scenes accounting of Gaye’s life against the backdrop of Gaye’s incomparable song catalogue, which will be featured in the musical when it debuts in 2023.

The upcoming musical will be written and produced by both Johnson and Gaye III and will trace the iconic singer’s trials, triumphs and tragedies as he ascends from a preacher’s kid turned local pop singing sensation to an international superstar whose music, still today, stirs the soul as well as the conscience. Gaye’s musical imprint not only helped shaped and revolutionize the sound of Motown, but it also extended well beyond his lifespan and influenced the music of modern-day artists such as Chris Brown, Usher and the late Michael Jackson. Like his music, the themes of Gaye’s life— love, struggle, triumph and redemption prove transcendent and marks the making of an impeccable storyline and theatrical musical masterpiece. The musical will be created alongside the lines of the hit shows that preceded it, most notably Motown The Musical and Ain’t Too Proud – The Life and Times of The Temptations that chronicled the legacy of Berry Gordy and some of Motown Record’s most iconic figures.

A legacy as luminous and significant as Marvin’s also demands proper stewarding and masterful storytelling— a skill set that Johnson has mastered. Whether through his love ballads or his transformative sign of the times signature songs and anthems, Marvin Gaye’s music must be immortalized on stage with the merit it so justly deserves and Marvin Gaye III and Johnson’s collaboration marks the moment in time that a musical of this magnitude will finally manifest on stage in honor of Gaye. No other music figure of the time and since has been able to, as eloquently like Gaye, weave the deeds and dealings of a nation with the desire people have to love and create.

“I have the beautiful privilege of collaborating with Marvin Gaye III to celebrate and pay homage to the incredible legacy of Mr. Marvin Gaye,” stated Johnson. “His music has provided a soundtrack for Black America, putting to music our collective experience as a people. I am delighted and excited to show the true makings of the man and uncover the lesser-known side of this legend through this musical. I am grateful to MGIII Global Licensing International, LLC for entrusting me to partner on this project and tell this epic story.”

A theater industry veteran, Johnson is one of the most prolific, commercial producers working today. Tallying nearly a quarter of a billion dollars in box office receipts, he has written, directed and produced more than 37 plays seen by millions of theatergoers.To date, Johnson has also toured over 21 stage play productions to sold-out crowds. His most recent stage productions included Redemption of a Dogg, an original bio-musical loosely based on the life and music of rap superstar Snoop Dogg, and Set It Off: Live, a dynamic stage adaptation of the 1996 Warner Brothers cult film that starred Queen Latifah, Jada Pinkett-Smith, Kimberly Elise and Vivica A. Fox.

According to Marvin Gaye III, “MGIII Global Licensing International, LLC is ecstatic to celebrate Mr. Gaye and his life’s work. He is one of the greatest artists, if not the best, who stands with the likes of Elvis and Elton John. Our vision is to have complete transparency. Marvin Gaye was a musical genius and a great humanitarian who cared about people and about what’s going on in the world. We are pleased to bring this project to the world.”

“Marvin Gaye is one of my favorite artists of all time,” added Johnson. “His music has inspired me as an artist and helped me to endure during some of the toughest times of my own life. I’m excited to be able to dig into the depths of his genius and celebrate the legacy of a man so deserving.”