Tamar Braxton, Snoop Dogg To Star In Stage Play, ‘Redemption Of A Dogg’ 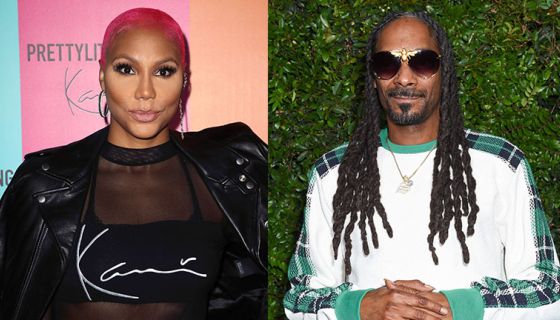 Je’Caryous Johnson is back with another stage play and this time he’s teaming up with UNCENSORED‘s Snoop Dogg and Tamar Braxton to bring fans Redemption of a Dogg.

According to reports, “The play, set to the soundtrack over 25 years of Snoop’s musical career, follows the journey of one man trying to preserve his lifelong legacy by choosing fame and fortune over faith and family. When he is forced to face the true consequences of gaining the world, he fights to redeem himself before his love, his family and ultimately his soul.” So far there’s no word on what part the youngest Braxton will play, but, our money is on a former girlfriend!

The tour kicks off October 5 for a five-day run in Houston and will visit cities like Detroit, D.C., Chicago, Brooklyn and Philadelphia. Remember when we talked to Snoop at the 33rd Stellar Gospel Music Awards and he had THIS to say about the criticism of his merger into gospel music?